Due to high order volume, your items may take longer then expected. We can't guarantee all orders will arrive before Christmas. 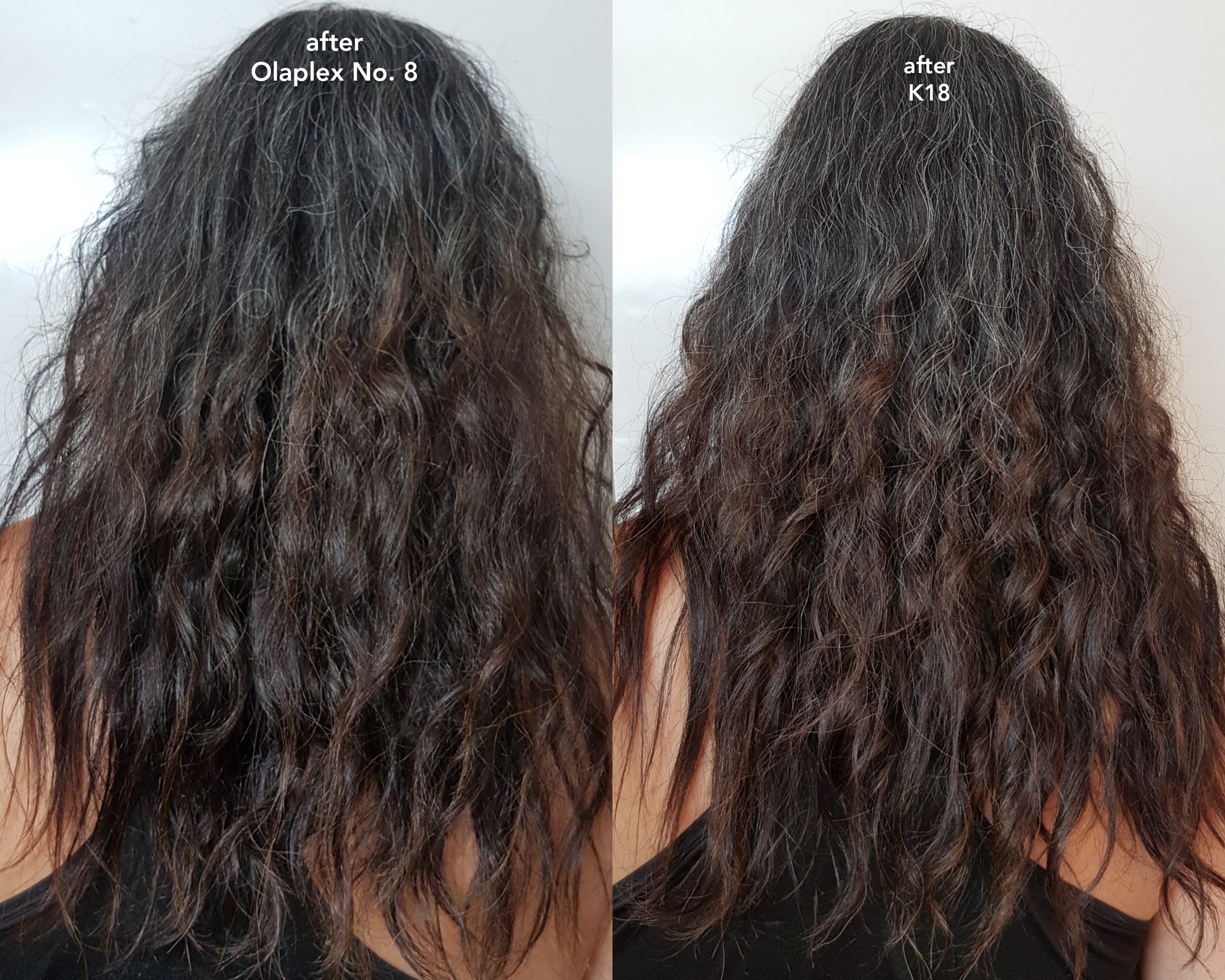 Both K18 Hair and Olaplex promise to repair damaged hair and strengthen its bonds. The products are based on the same patented ingredient, bis amino diglycol dimaleate, which is responsible for re-conforming broken disulfide bonds in the hair follicle. However, there are several differences between the two.

The first difference between the two is that Olaplex is a rinse-off treatment while K18 is a leave-in product. Besides being cheaper, K18 works on the molecular level, which allows the product to reach damaged hair strands. This results in the product repairing the hair's broken bonds in a short period of time. Unlike other haircare products, the effects of the two do not fade away when they are rinsed off.

K18 has also received some praise from the consumer community. It's said to be a better alternative to Olaplex. However, there is still a lot of debate over whether or not it's truly as effective as Olaplex.

K18 was originally sold as Khairpep before being re-branded. It has been on the market for a while, but has recently begun to attract a lot of attention. Some beauty companies have attempted to replicate the formula, but K18 has become the most popular option.

The key difference between the two is that K18 is a leave-in hair treatment that targets broken polypeptide chains in the hair strands. By re-connecting these chains, it repairs damage and helps to regain elasticity. Although this is an extremely quick process, it does take four minutes or less for the product to work.

In addition to its hair treatment benefits, the company also offers a wide variety of hair styling and care products. They are available for a wide range of hair types, including oily and damaged hair. For those who want to keep their locks in tip-top shape, they may opt to use the K18 Detox shampoo, which contains activated charcoal.

Those who are concerned about the cost of K18 will be pleased to learn that it is much less expensive than Olaplex. The company is also offering smaller sizes of the product. One bottle of K18 costs about half as much as a bottle of Olaplex. Compared to other haircare brands, this is definitely one of the best options.

Another advantage of using K18 is the fact that you can leave the product on your hair for as little as four minutes. If you are not sure about how to use it, you can purchase a trial-size bottle. Once you get the hang of it, you can try the K18 Leave-in Molecular Repair Hair Mask, which is recommended for damaged hair.

Among the many advantages of using both K18 and Olaplex is that they are both designed to provide professional-grade repair. They also both contain hydrating ingredients and moisturizers. These ingredients help to make the hair shinier and smoother. As a result, they are ideal for a variety of different hair types.

Khairpep and Olaplex both have had their fair share of success, and they continue to receive a steady stream of praise from consumers and professional stylists alike. But with the emergence of K18, it's clear that a newer haircare brand is on the rise.

Let customers speak for us Love it! First bought it at my hairdresser few years ago! I not only got the hair products I love at a great price it came in a great delivery time as well. I also got samples to try out for other great products. This will continue to be one of my favourite places to order. Have been using Advanced Collagen Concentrate + Ha for 2 weeks. I cannot believe the difference, and to happen so quickly. The H lines between my eyebrows have reduced by 50%. I am going to be 78 this year and have tried many products over the years, and this the best serum I have ever used. Thank you for your great shampoo - and friendly service as well. I am so happy with this serum, thank you, I will get the Hydra 1 cream soon. I find this product an excellent one for me. I’ve used Phyto 52 for many years on my face and I’m completely satisfied. My order was damaged when I received it but they made extra efforts to make things right. Loved their service !